They are all sorts of crazy shapes and sizes those seeds and spores. Of course some plant reproduction is possible without them – by grafting tissue onto recipient stock plants, or splitting perennials, dividing roots, taking cutting and even microscopic tissue culture, but nothing gets away from the fact that seeds and spores were where it all started, and will always have an important place in the wild and in plant fostering by humans for our own needs and satisfaction. 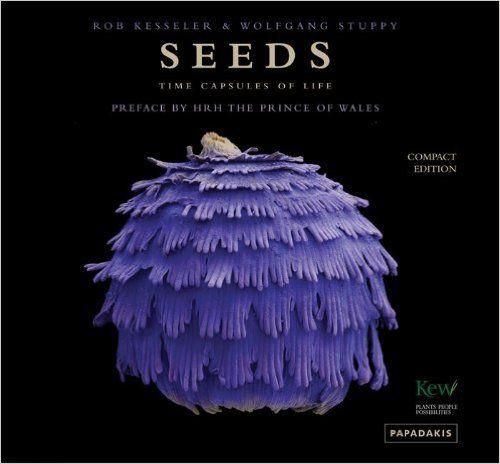 Seeds – Time Capsules Of Life
I have most recently been poring over the most gorgeous book ‘Seeds, Time Capsules Of Life’ by Rob Kesseler and Wolfgang Stuppy, Published by Papadakis for Kew Royal Botanic Gardens. The images are startling and the book itself is great at explaining how seeds have evolved and behave as they have and all the minutae of evidence and observations that serve to make them all the more bewitching.

Seed saving is of course becoming a more popular past time again as it sits alongside ‘growing you own’ and saving the pennies, and also localised material. It is relatively easy to do – depending on the exacting of your endeavour; if you are growing a heritage plant as part of the ‘Heritage Seed Library‘ challenge as a ‘seed Guardian’, super diligence is required to ensure no inappropriate interference from unwanted cross pollinators or hungry visitors.

For a more relaxing approach to seed sowing, grow your veggies / flowers, allow a small number to grow to full flower and seed, and cut the seed heads with stems hung in a paper bag upside down in a stable but dry environment to allow preserving for the following year – allowing nature to choose the route for open pollination. You could try building your own drying cabinet for the purpose of preserving your seeds too. We use open bamboo vegetable steamers to dry our chillies – works a treat!

I love Real seeds and Organic Catalgoue for their Heritage Veggie seeds, and I can be found at Seedy Sunday in Brighton every year with friends and family excitedly scuffling about the seed swap table where not only veggie and fruit seeds, but herb and wildflower and cultivated local flower seeds can be found to swap. 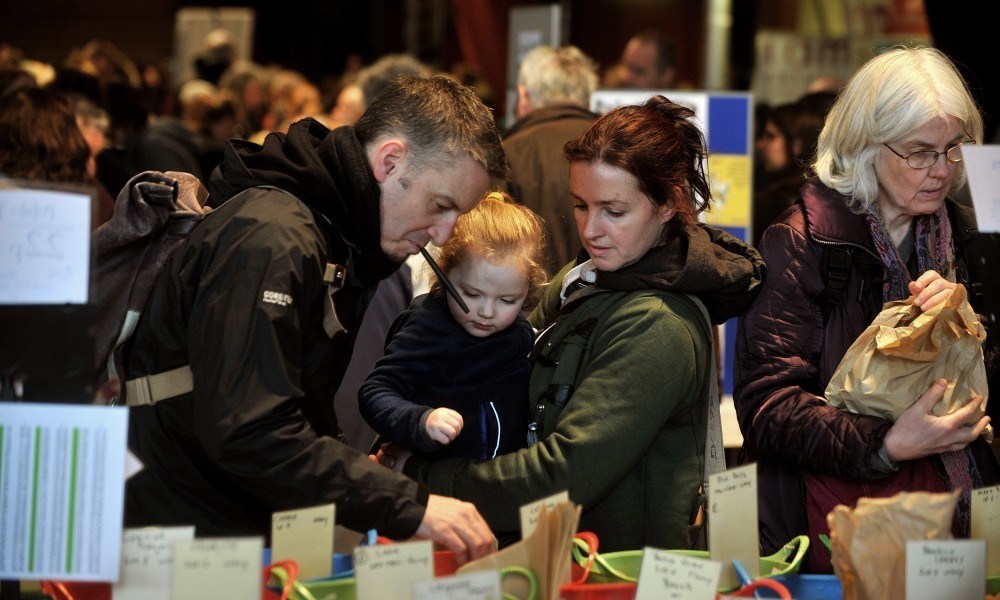 Seedy Sunday, Brighton Corn Exchange. Brighton Argus, Photographer Tony Wood
I swap seeds with anyone who likes to, and I must admit to impulse purchases of seeds from allotment shops and nursery/garden centres alike – I am not averse, and I am heartened to note that there are more and more ‘organic’ seeds being made available through our pop culture TV gardeners and foodies – which is great, and will certainly give the larger less organic seed companies something to think about.

There is a more serious side to seed saving however. With the loss of natural environments through our mass expansion, over development and over release of C02, our flora and fauna are under threat. We are blithely headed for – the ‘Sixth mass extinction or Anthropocene extinction’, having already wiped out many species – we are poised for worse; unless we all get on the problem solving P.D.Q.

Serious seed saving is currently being headed up in the U.K. by The Kew’s Millenium Seed Bank Project – so far the largest wild plant seed bank in the world, having in partnership ‘collected and conserved seed from 10% of the world’s wild flowering plant species, (c 30,000 species) and aim to conserve 25% by 2020.’ It began as a small and humble collection of pressed plants and seeds early 1900’s, culminating as ‘The Millenium Seed Bank’ in 1980. The collecting is done, and when the seeds arrive at the seed bank they are received into labs which visitors are able to see into on the ground floor and witness the precision with which the seeds are carefully separated from their cases, checked for viability, pests, disease, damage, dried and stored. It is amazing. Beyond what can be done domestically by a mile, but we can get involved. The ‘Adopt a seed‘ scheme allows us mortals to ‘adopt’ a seed – by region or type so that they can be preserved for the future. 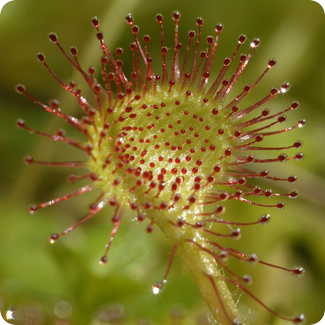 Drosera rotundifolia
As a 2016 gift I adopted the ‘Round-leaved Sundew Drosera rotundifolia’ native to the Midlands where i come from, being a lover of many plants including carnivorous. It is time to plan for what planting and sowing you might do this year, so why not expand your horizons, and plan what you might also like to save the seed of this year too. What will you be saving?

Previous Aquascaping
Next Don’t dig there, that’s where the cat is buried